Vancouver was an eye opener for me. A popular and assumed affluent city, I walked out of the train station with eagerness and excitement. I heard it was a food lover’s dream and I intended to eat as much maple syrup as I possibly could.

However as I walked away from the train station and through the tourist-central area of Gastown, inching closer and closer to our accommodation on Cordova Street, the mood changed within a few hundred metres. The number of flies grew, the smell made my eyes water and the general chatter of locals died down as we came across a very sad sight. The effect of hard drug abuse was clear and I was both shocked and saddened.

After letting the shock subside we ventured out to Canada Place, we ticked off a food recommendation - Japadog. Said to be a must by my brother, the thick kransky sausage on a beautifully toasted bun and topped with mayo, teriyaki sauce, onions and seaweed, was the best hot dog I have ever eaten. Crunchy bun, melt-in-your-mouth kransky, creamy mayo and salty seaweed is a delicious combination that both surprises and delights. 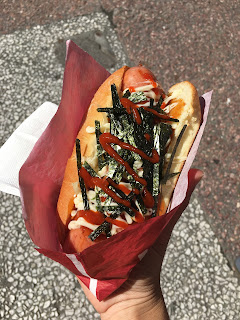 Sushi was the other food recommended as a Vancouver speciality. The freshness of local seafood made the sushi at Sushi Maro in Yaletown flavoursome and vibrant. Two lunch specials were enough for three to share and offered a cross section of Japanese delights including perfectly balanced miso soup and crispy and light tempura vegetables.

This was followed by a visit to Délices Érable & Cie on Water Street in Gastown. Tastings of three different maple syrups, maple popcorn and maple butter lived up to my maple expectations and meant we returned to Australia with our bags 5kg heavier. Well worth it…

The third on my food hit list was Tacofino. The original taco food truck turned restaurant released this enticing energy that drew you in, excited for the meal a head. Booths were packed, bars lined with happy diners and staff busily delivering imaginative taco creations. The fish taco had a light batter and flaky fresh fish, the pork carnitas had the perfect balance of sweet and spice and the beans were earthy, spice and creamy. 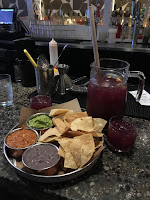 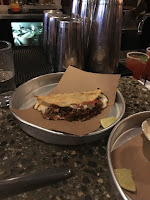 Despite a wobbly start, the food impressed in Vancouver and I still dream of that Japadog and its unique flavour weeks later.